Funded by the General Services Administration of the federal government, The Winding Ribbon is 9’ x 30’ of cut and etched metal imagery with a patina surface.

The artwork commemorates the year 1855, when David Douglas, 19th century British naturalist, roamed and collected in the forests of the Pacific Northwest, sending specimens back to Kew Gardens, London. While contributing to the understanding of science, he unwittingly instigated the destruction of the old growth forests.  In this art piece, saw blades and plants speak to this moment.

1855 also saw the enactment of the treaty that created the reservation system which dramatically affected the local Native population.  The metal pieces are etched with words from the treaty and the “X’s” which tribal leaders used to sign their names.

The title, The Winding Ribbon reminds us that history winds through our lives, ever present . 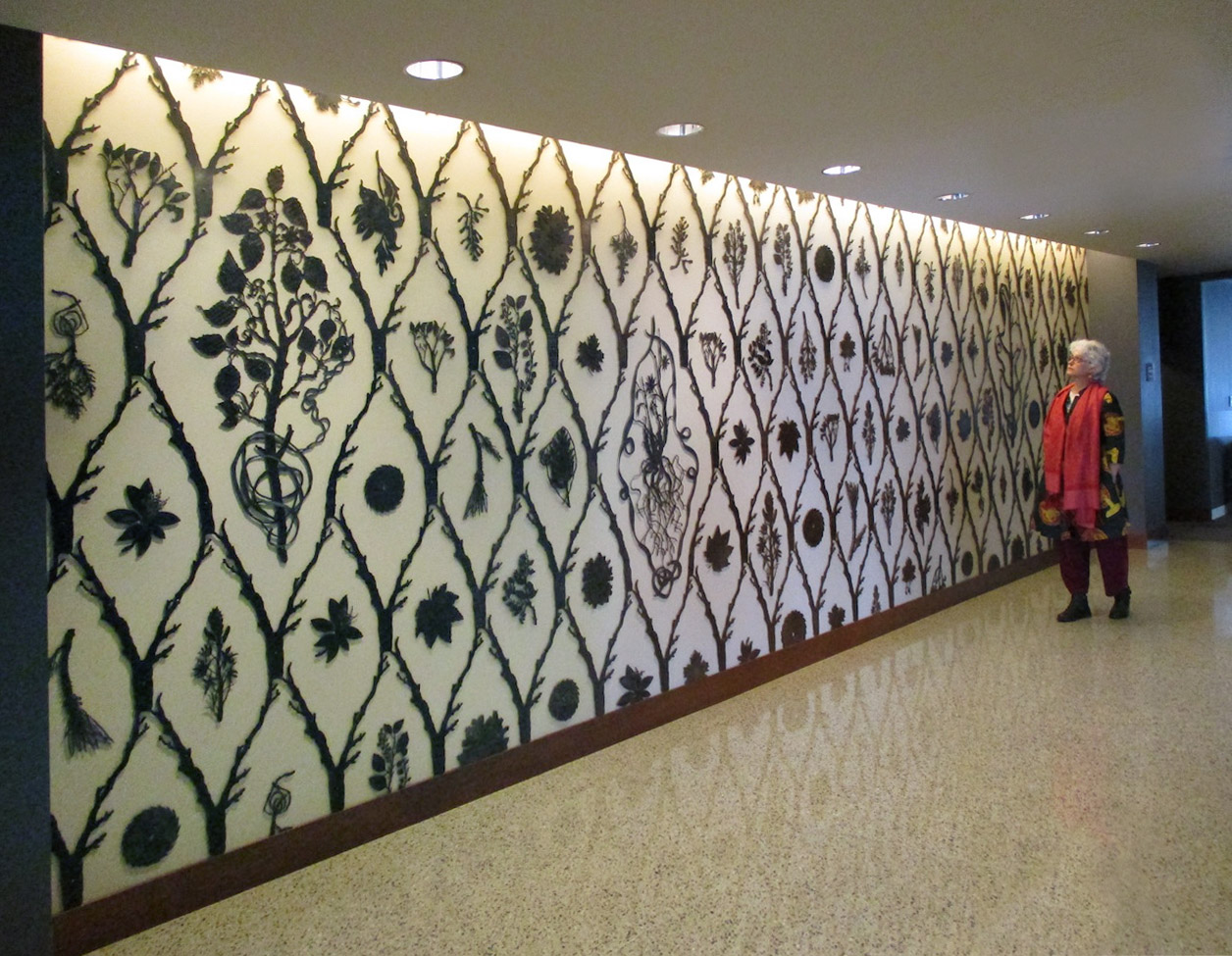 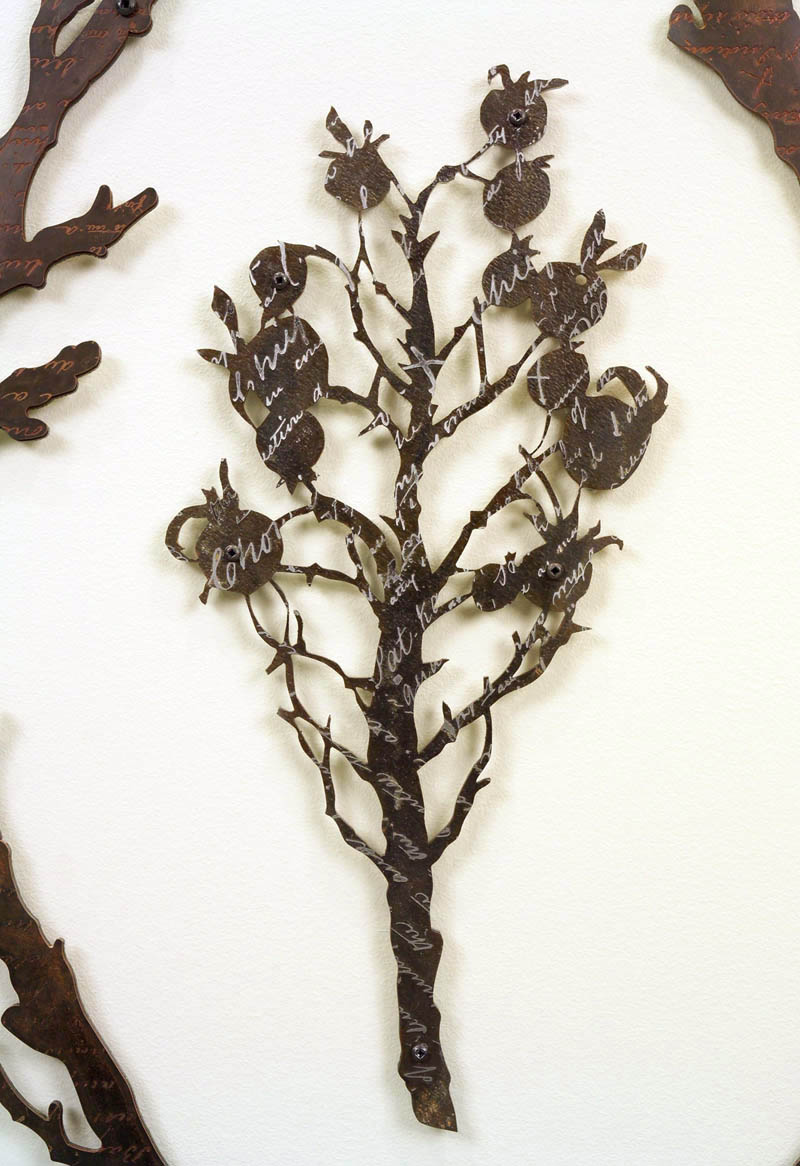 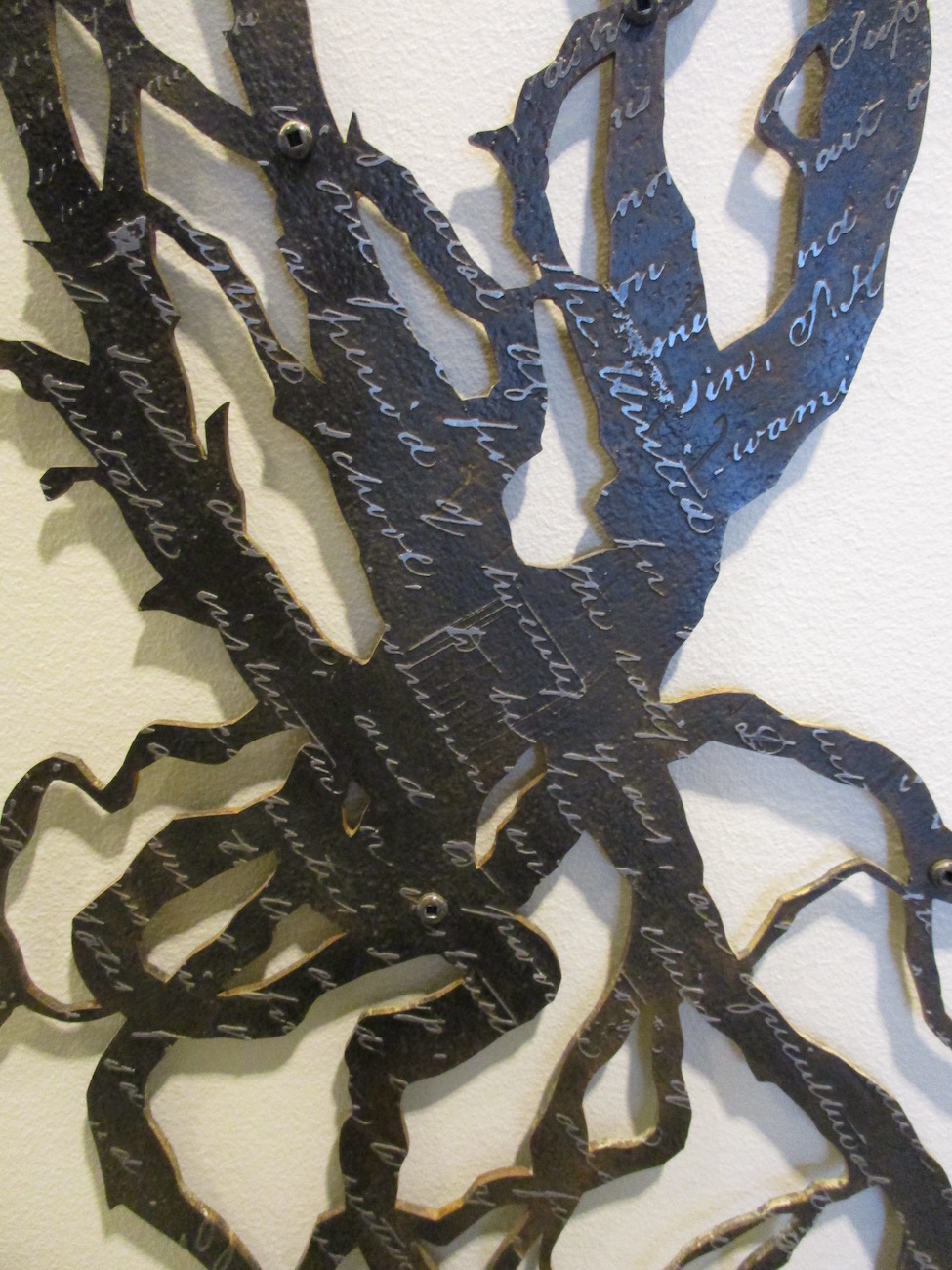 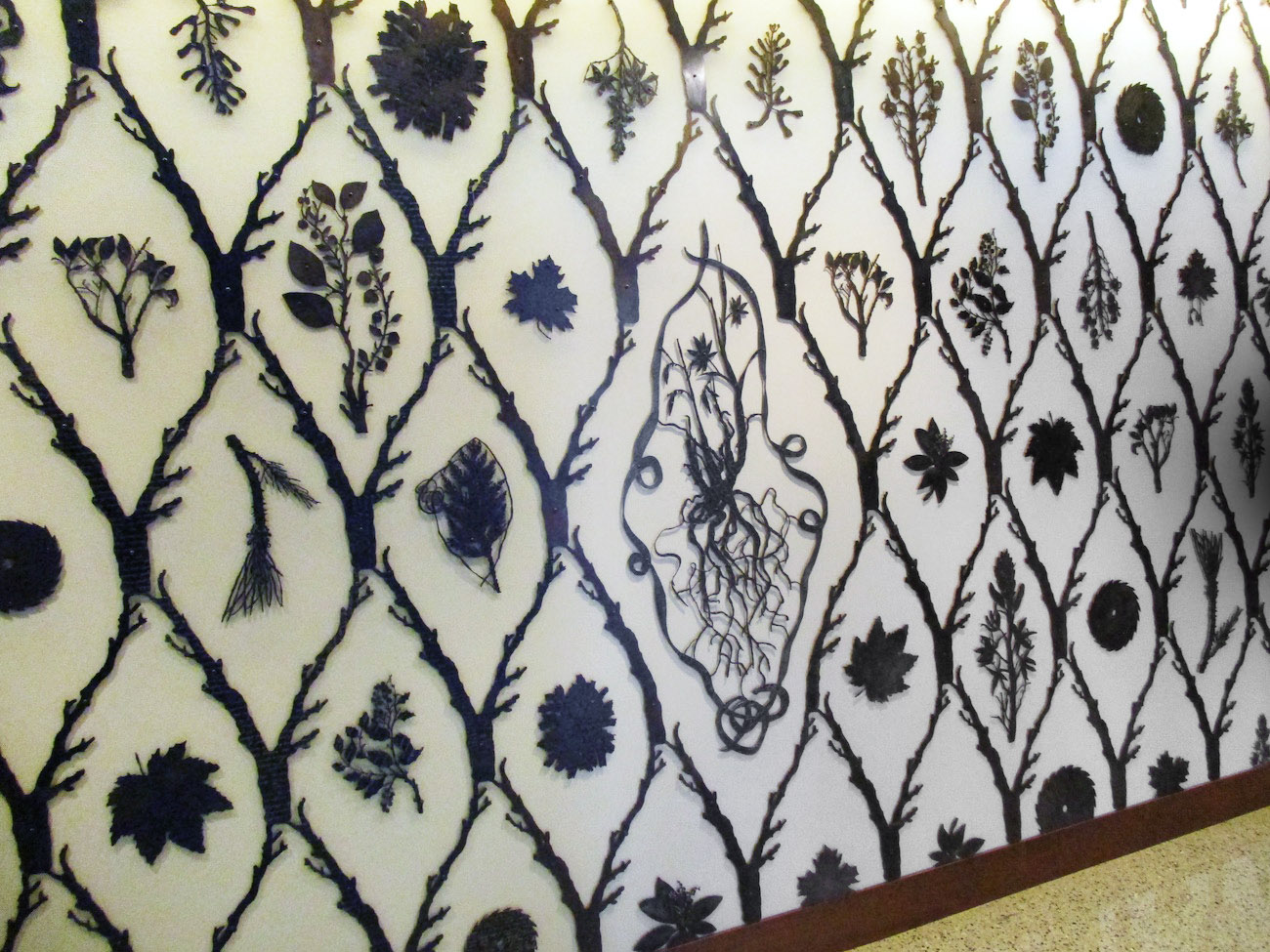 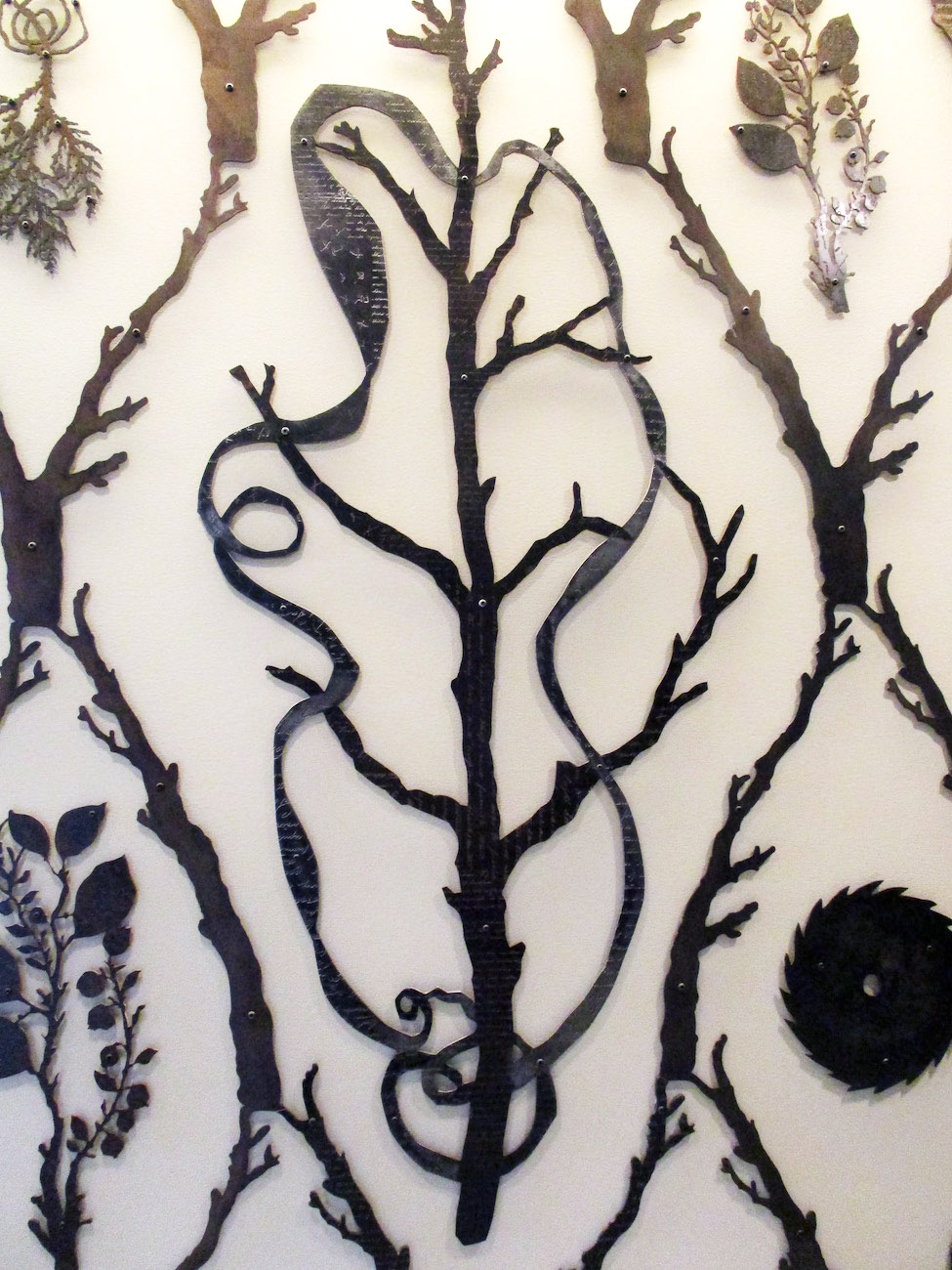 << Back to Main Commissions Page